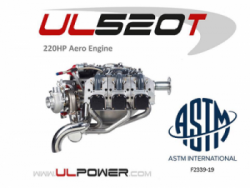 ULPower Aero Engines, have been spinning props since 2006. Up to now, these engines have been categorized as “experimental”.

What does ASTM compliant mean ?

ASTM was originally known as the American Society of the International Association for Testing and Materials when it was created in 1898 by Pennsylvania Railroad engineers and scientists. Its purpose was to address and prevent the frequent rail breaks that were plaguing the industry by developing standards that would ensure higher quality rail products.

Today, ASTM  develops and publishes technical standards with the goal of enhancing performance and safety over a wide range of products, materials, systems, and services. Thousands of ASTM standards are upheld all over the world, each with their own unique number.

ASTM F2339 describes the minimum requirements for the design and manufacture of reciprocating spark ignition engines for light sport aircraft and has been accepted by the FAA and EASA .

The UL520T  is designed ,produced and tested in accordance with the ASTM F2339-19 standard.

This standard is basically a quality standard similar to ,for example, ISO9001 but ASTM also covers more technical criteria which are similar to the EASA(CS-E) standard.

The main difference between ASTM and EASA is that the test runs are not supervised by an EASA official.

An ASTM product certification is not only “product based” but also covers  a continued production quality control system forcing the applicant to a defined level of traceability.

A complete design control system with implementation of processes and a quality control system are essential to achieve the Declaration of Compliance.

Following tests have been carried out (and passed) to meet the standard:

A document with an overview of the ASTM requirements, the EASA requirements and how ULPower deals with the requested quotas is available upon request.

The UL520TC engine is essentially the same but comes with dual ECU, and goes through further documentation to achieve ASTM F2339 compliance.

It goes without saying , that the entire range of ULPower engines will somewhat  benefit from this approach, since there is a huge communality of parts amongst  all type of engines. 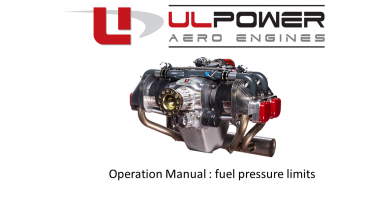 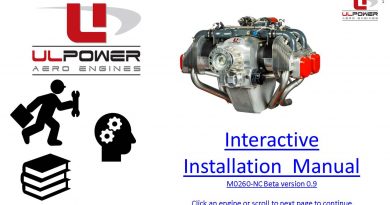 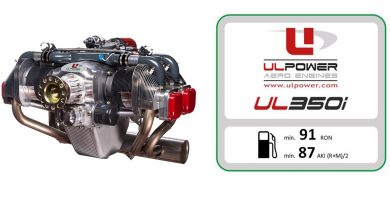