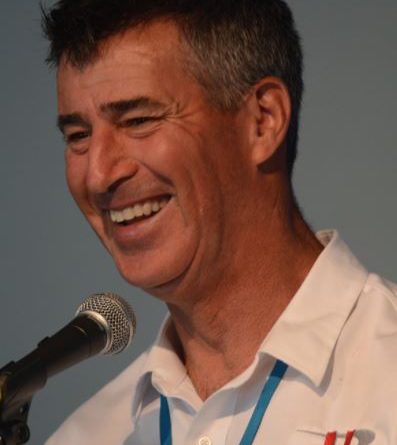 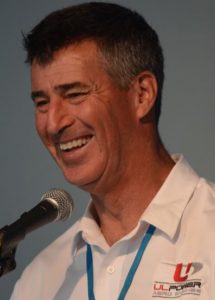 I kept on asking the Editor at ULPower.news “who is this ULPower Guy?” –  and now I can share the truth with you!

I had heard a lot of great reports from satisfied customers about the ULPower service in the USA, and the term ‘The ULPower Guy’ kept cropping up. All I could ascertain was that he is a tall, thin chap, with a big smile and that he talks with his hands.  I learned that he has a heart of gold (not the cold as metal kind), has a quirky sense of humour and is the ‘go to man’ for all things ULPower in North America.

I managed to get an interview with him via messenger…  but when it comes to pictures… I quickly discovered that this is one fellow that is hard to get images of.

It transpires that Robert Helms, the real name of the ULPower Guy, first “slipped the surly bonds of earth, and danced the skies on laughter-silvered wings” at just three weeks old – in his father’s Tri Pacer.

His father was a smart man, in my books anyway. Robert was clearly a challenging child, with a strong will. Growing up in San Salvador (capital city of El Salvador), where his father was the Cessna dealer for Central America, Robert decided he did not like school after just one day!  So, on day two his father took ‘little Robert’ to work with him at San Salvador Airport.

Robert declines to indicate how little formal school he undertook, but his father certainly ensured that his son was home – or rather ‘cockpit schooled’.

“Being little and learning to fly was not easy,” Robert explains, “I could not see over the instrument panel on the planes.   So, I simply learned to fly IFR before VFR”.

Perhaps it was the desire to see over the instrument panel that led to his long neck from stretching to see over the panel in time to solo on his 16th birthday.  By this time, he was living in Los Angeles and flying in the Piper Cherokee.

After a while he gives up a bit more of his background, “I grew up around Lear Jets, 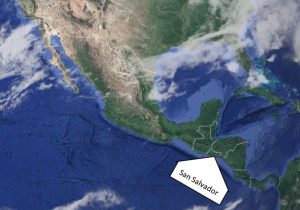 Gulfstreams and the Boeing Biz Jets, getting my Private, Mulit-engine, Instrument and A&P tickets. I also studied aviation law, but I prefer being on airfields than in offices.”

to take his shoes off to fit in some cockpits and has knocked his head on the cabin roof more times than he cares to remember!

Robert has a number of projects in build… Titan Tornado, Ellipse and a Belite Chipper (which is now offered with a ULPower engine too!)

In the past he has owned a kaleidoscope of planes, from ultralights on floats to a Lancair IV-P.  When asked his favourite (not an easy question for any parent), he chooses ‘Ultralight on floats’.  One day he hopes to build a Breezy on floats, and fly it from a private beach…

Joking about being ‘Bob the Builder’ from the UK TV show for kids, he concludes “I love airplanes. I love engines. I love building stuff. It all added up to becoming the ULPower dealer for North America, and taking on the title ‘The ULPower Guy’.”

Robert works closely with Ray Lawrence at Kaolin Aviation ( FWF Kits/ULPower – as covered here http://ulpower.news/fwf-kits-for-ulpower ) making sure that the ULPower fleet in the USA are well catered for.

I strongly recommend contacting Robert or Ray about your next engine – simply visit the ULPower site for North America – http://www.ulpower.net/ or give them a call on 573-434-0075 or email rhelms@ulpower.com 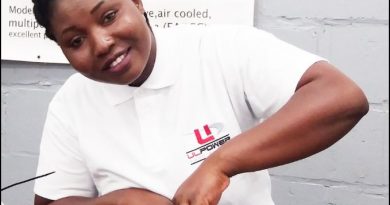 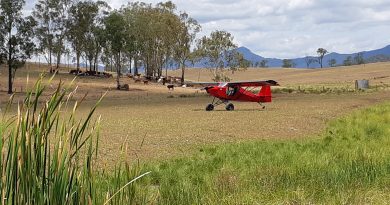 The next adventure : Bush flying in Australia with Phil