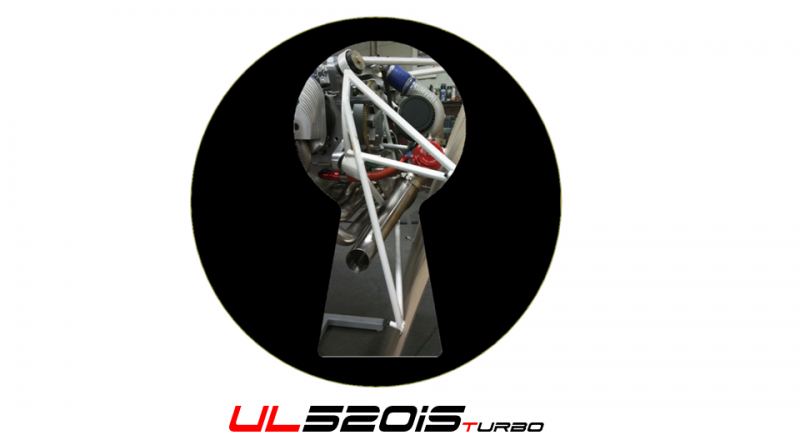 ULPower Aero Engines  have been developed specifically for use in light aircraft.  and are manufactured to the highest standards in Belgium, Europe since 2006.

Since the very beginning , the engines  have been crafted  to meet pilots’ key objectives : air-cooled, fuel injected, direct drive, ECU controlled (Fadec) whilst adhering to the company mantra  “Easy to install – easy to operate – easy to  maintain”.

ULPower already offers a  broad range of  four and 6 cylinder engines  from 97 to 200 hp, each with several options to optimize the engines for specific needs.

Due to growing demand from those on higher operating platforms and associated operations, the R&D department are preparing to release their newest engine: the 220HP UL520T, based on the well proven  200HP UL520 but now with turbo charger   .

The main goal of this turbo is not to create a big boost in HP but  rather to compensate for the loss of atmospheric density during all phases of flight,  and thus eliminating the loss of power  seen with elevated altitudes.

Furthermore the turbo will be fully ECU controlled ensuring that both installation and operation remain in line with the company ethos .

Despite the additional estimated weight increase  of  around 15 kg, the UL520T will still be considerably lighter than other  legacy engines, providing an industry leading  power to weight ratio.

Much as the engine is still in prototype phase at this moment, it is expected to be fully tested and ready for commercial production by Q4 2020.

There are 2 other interesting features that have been  developed by the ULPower team in the last year.

Devoted to their concept “Easy to install”, ULPOWER has designed and implemented an integrated fuel by-pass orifice solution which is  installed as standard equipment on all new engines, and can be  retro fitted to existing engines in the field.

This was developed as a result of field experience where  certain aircraft fuel systems may, under certain conditions, allow varying amounts of air to enter the fuel supply lines (empty tanks/switching tanks, unporting of tanks, etc).

If at some point in flight, sufficient air is ingested to the system, the pressurised fuel lines will need to re-prime with fuel, displacing the air. The more air that is in the lines the longer it will take to clear and return to normal running.  Air over the injectors at the time of opening will result in loss of power and/or engine stoppage.  The most common solution to reduce risk from such events is to install a restricted by-pass unit between the pressurized fuel supply line and the fuel return line, fitted as an after-market solution. However the ULPower engineering teams were determined to eliminate the need for ‘external plumbing solutions’ and made the installation simpler with  this innovative solution..

True to the earlier mentioned company ethos , ULPOWER has designed a alternative back plate option on all new engines.

More and more aircraft builders and owners are moving to ULPower powerplants –not only for new designs and new builds but increasingly as a replacement engine on existing airframes..

One of their major concerns today are the modifications to the engine mount and / or cowling  that are needed to fit the engine.

To make the transition to ULPower as smooth as possible, the company already offers a Rotax adaptor mount and a Lycoming adaptor mount. To make it even easier, ULPower has developed a  new back plate option (replacing  the standard ULPower fixation point plate)   that  will allow the engine to be directly installed onto the industry standard a dynafocal type 1 engine mount without the need of an adaptor.

Furthermore,  through the worldwide network of  ULPower dealers and service points, a wide range  of ULPower compatible cowlings are now available for 1 or more specific aircraft.

A  universal type  nose-bowl cowling solution than can be easily fitted on most  airframes is ready to be launched in Q2 2020. 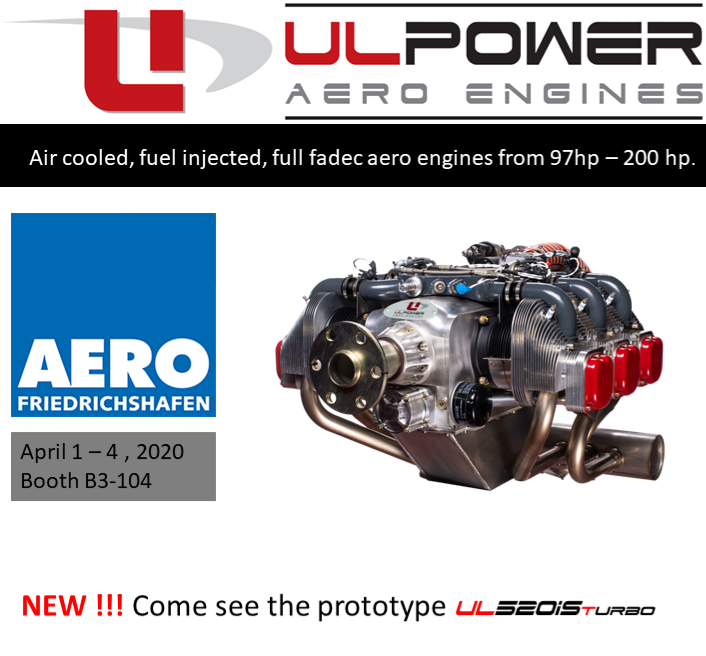 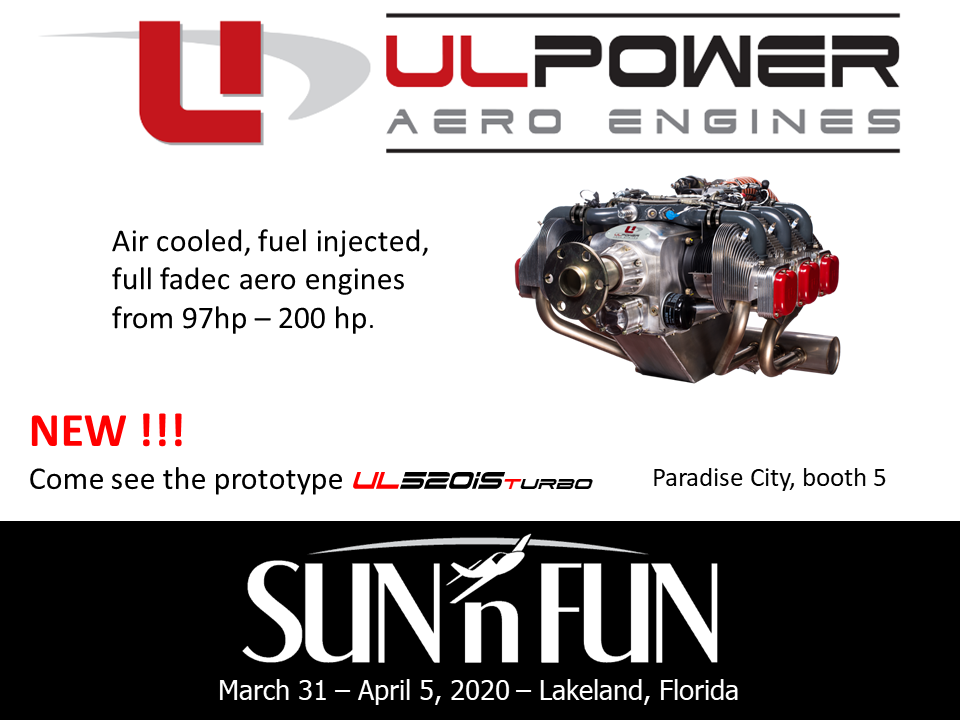