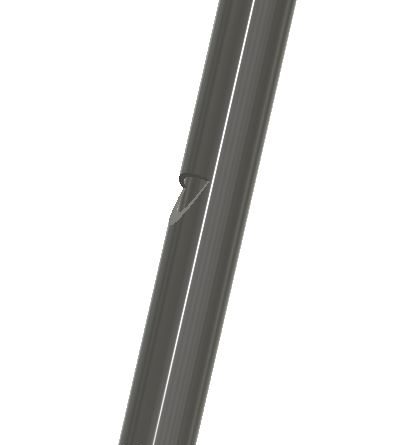 Every now and then we get asked about the Whistle Slot…. which is a simple solution that may in some cases get rid of a case of greasy belly!

Basically, if you have a ‘vent’ line that pokes out the bottom (or near) of the firewall, the air passing the bottom of the tube creates a low pressure zone and SUCKS on the tube. (for example the oil/air separator vent line). If you don’t cut a ‘whistle slot’ it will suck along ALL of the line (ie up to where there are fluids or vapour/fluids and pull them out and along the belly of the plane.  This can result in oil or oil/air vapour – or whatever is at the top of the line –  to be sucked down and out along the belly of the aircraft…. a common cause of what is called ‘Greasy Belly Syndrome’ (the other main culprit is oil leaks… so, if there is no sign of an oil leak but you have a greasy belly… it may be you lack a whistle slot or yours is blocked!

By cutting a slot like that in a penny whistle or recorder a bit higher up the tube, in a ‘relatively dead air zone’, the air is sucked through the whistle slot and leaves the pressure higher up the tube relatively undisturbed …. BUT it still allows  ‘excess pressure gasses’ and any excess fluids (in the case of an overflow line) to flow past the whistle slot and out along the outside of the plane..

Whistle slots can be cut directly in the breather hose OR a small aluminium tube with ‘whistle hole’ may be at the end of the line.  The whistle hole is simply a hole that has been deformed after drilling to create a better ‘whistle’ effect.

A secondary benefit comes with ICE… since the vapour leaving the tube may have water vapour that condenses at the outlet of the vent, it can form ice and build up to block the outlet… with the whistle slot the vent remains active (or at least remains active longer in the case of really really extreme icing!

The diagram below shows the effect without  (left) and with (right) the whistle slot. 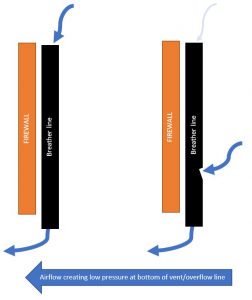 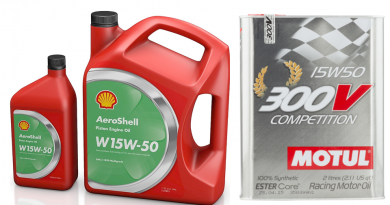 Recommended oils for your ULPower engine